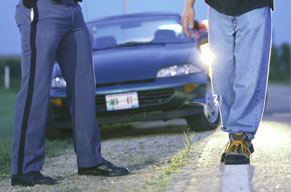 To convict you of driving under the influence (DUI) in Washington, the state must prove either that you were operating a vehicle with a blood alcohol content (BAC) level of .08 or higher or that you were operating a vehicle while affected by alcohol. While you may feel intimidated by the power and evidence the state has against you, proving those charges can be difficult for a prosecutor to do.

Whether you are facing first-offense DUI, repeat-offense DUI or felony DUI, the defenses available to you in your DUI/DWI case will be very fact-specific to your situation. They may include:

For every observation an arresting officer makes about you, there often are very reasonable explanations. For example, if the officer says that you had bloodshot watery eyes when you were pulled over at 2 a.m., perhaps you eyes were bloodshot and watery because you were tired or because you were suffering from allergies.

Many of the defenses in drunk driving cases are technical in nature and are known only to dui lawyers who are experienced with Washington DUI case law. For example, breath tests results can be suppressed in many Washington courts due to problems with the implied consent law and recent problems with the state toxicology laboratory. Without breath test results, there may not be enough evidence to convict you.

Every time the state of Washington thinks it has made it easier for prosecutors to convict people charged with drunk driving, DUI lawyers seem to find problems with their laws and procedures. Those problems can often create opportunities for defenses that an experienced attorney can use to protect your rights.

Here are a few field sobriety and breath test defenses being used in WA state: