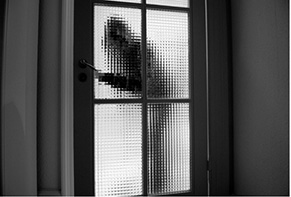 Facing an intruder in your home is an overwhelming experience. You may fear for your own life as well as the lives of your family members. Many people possess a pistol or other weapon in their home for protection purposes.

While it may be your hope that you will never have to use it, it is your right to protect yourself and your family. Unfortunately, some people who use a firearm or other deadly force against an intruder are perceived to have used more force than was necessary for the situation – and ultimately face homicide charges.

Even if you did what you thought was right, it is important to seek experienced counsel right away to ensure you don’t face criminal liability for protecting yourself and others.

I provide aggressive representation for clients facing liability for self-defense shootings. I know the level of preparation that is necessary to present a strong self-defense strategy — whether you were protecting yourself or others in your home or in public. And, if the State isn’t willing to dismiss the charge and you truly believe that you acted in self-defense or in the defense of another, then I will fight for a not-guilty verdict at trial.

If you have questions about using a self-defense strategy in your case, contact my law firm to arrange a free, confidential consultation. I will fight tirelessly even in the most complex criminal cases.

What to do immediately following the use of lethal force in self-defene (or in defense of other)?

This is perhaps the most serious and most critical area of my website. The majority of self-defense cases are private citizens who either have Concealed Pistol Licenses and were forced to defend themselves with their concealed handgun, or are private citizens in their homes who had to use a firearm to fight off a home invasion.

For cases like a DUI arrest, my advice invariably is to exercise your right to remain silent — be polite but don’t answer their questions (because you are just giving them evidence that they will use against you). In the case of a legally justified self-defense shooting, however, YOU ARE THE VICTIM and it is critical to establish and to accomplish a few things right away. I’ll break them down into two areas:

What happens if law enforcement determines the use of force was excessive?

When excessive or deadly force is used against an intruder, law enforcement will conduct a thorough investigation to determine what happened and evaluate if the force used was warranted. By intervening at this stage, I can present your side of the story and any evidence to support it. In some cases, it will be determined that the amount of force was warranted and charges will not be filed. However, if law enforcement determines that the amount of force was not justified, you could face charges for unlawful discharge of a firearm, felony assault, negligent homicide or murder.